Having had breast cancer in 2018, singer Fanny Leeb decided to support research on the disease, which affects 1 in 8 women, by offering BIG against breast cancer one of her original compositions “Show them how it goes”.

The “One note, one donation” campaign will be launched internationally on the week of the 7th of September and will be open to everyone. The aim is to get a donation for each note of this song entitled “Show them how it goes”, made up of 4860 notes.

Fanny lives in Montreux and was virtually brought up on Jazz. Today, she asserts her voice and her talent, declaring that she makes “Pop music, and goes by instinct in her compositions”. She confides that the song dedicated to BIG is “a song that has a melancholic side, but which also has something very positive at the same time. My goal is to give hope, to give smiles to all these women fighting like warriors on their path towards healing”.

Each note will be revealed against a donation of €11* (tax deductible from €40 – 60% deduction). The song will be revealed note by note to donors as it goes along. If they wish, donors may have their name mentioned in the music video produced for the occasion.

The Breast International Group (BIG), set up by Dr Martine Piccart, is the largest global network of breast cancer research groups.  Its main mission is to facilitate and accelerate research in order to improve treatments and patient quality of life.

BIG against breast cancer was set up to raise funds to support research and academic studies initiated by BIG.

“In the current health context, we had to reinvent ourselves and find innovative and original ideas to raise funds to support these promising studies”

Give a song of hope

Inspired by a campaign by Kylie Minogue, BIG was able to undertake this initiative thanks to the generosity and commitment of Fanny Leeb.

The campaign will be launched through Facebook and Instagram, find it via #1note1Donation, and via this link. As the campaign goes on, there will be interviews with Fanny Leeb, recording excerpts, and the first notes of this song.

Besides social networks, the campaign will also be featured in the media as well as internationally through BIG member groups.

PrevPrevious Article1000 patients in AURORA
Next ArticleFinal results of NeoALTTONext 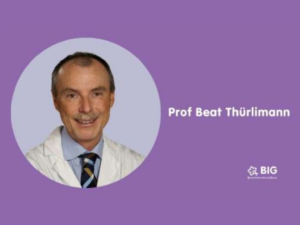 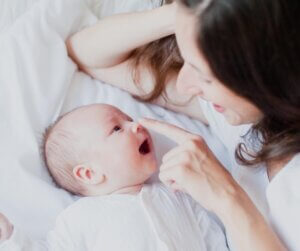 Update on BIG Time for Baby