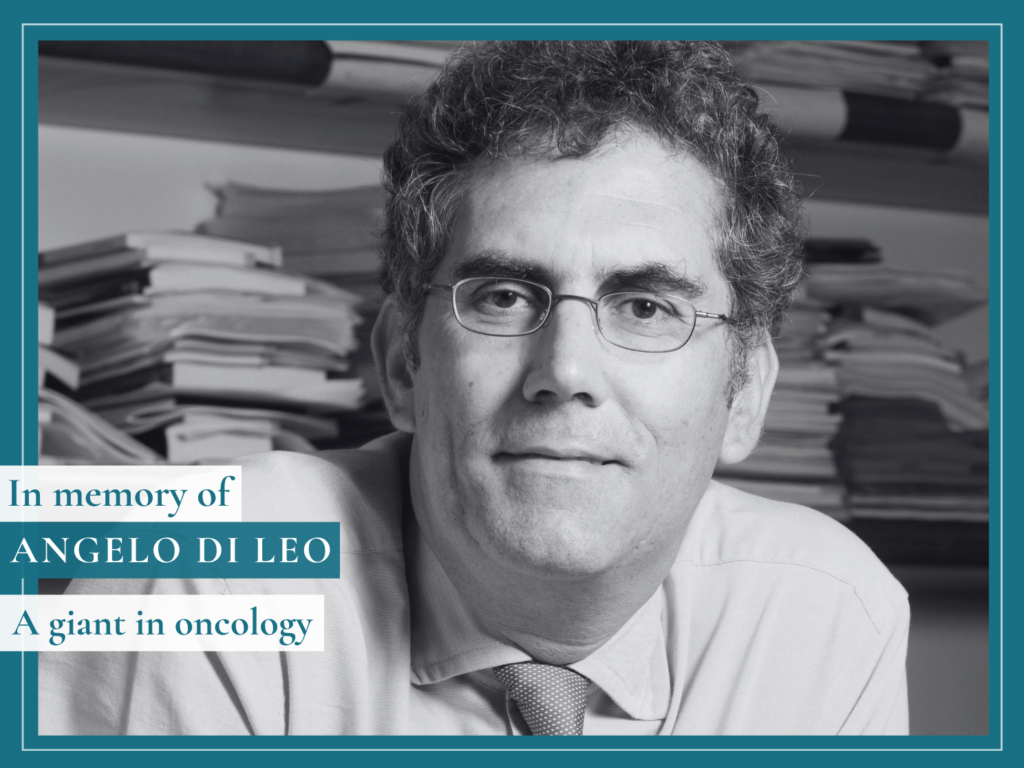 It is with great sadness that we learned of the passing of Professor Angelo Di Leo, a giant in the field of oncology, a dear colleague, and friend to many. Angelo left us last weekend at the age of 57.

It is with great sadness that we learned of the passing of Professor Angelo Di Leo, a giant in the field of oncology, a dear colleague, and friend to many. Angelo left us last weekend at the age of 57.

Professor Di Leo graduated in medicine and surgery at the University of Palermo, Italy, in 1988. He received his postgraduate diploma in medical oncology from the University of Pavia in 1992 and his European certification in medical oncology in 1996. He trained at the National Cancer Institute in Milan, Italy, where he worked for 7 years until 1996. It was during those years that he first met Professor Aron Goldhirsch.

In 1996, Professor Di Leo and his wife, Dr Laura Biganzoli, moved to Brussels, where they both started to work at the Jules Bordet Institute with Dr Martine Piccart and Dr Christos Sotiriou, among others. This was the beginning of a long collaboration and precious friendships that were to last over 20 years. Professor Di Leo was appointed Senior Staff Member and Medical Director of the Breast European Adjuvant Studies Team (BrEAST, now known as the Institut Jules Bordet Clinical Trials Support Unit). Laura was also involved in the beginnings of BIG. They left Belgium to return to their beloved Italy in 2003.

Since 2003, Professor Di Leo was Head of the Sandro Pitigliani Medical Oncology Department at the Hospital of Prato, Italy.

Throughout his career, Professor Di Leo made significant contributions to breast cancer research and treatment and helped pave the way towards precision medicine. He was particularly involved in the evaluation of molecular markers with potential predictive value for breast cancer.

As a member of BIG since the beginning, and of BIG’s Executive Board since 2010, he contributed to many of BIG’s major trials and research programmes, such as, TAX-315, HERA, TRANSBIG and MINDACT, ALTTO and NeoALTTO, and AURORA, among others. He also served as a key member of the Scientific and Executive Committee of the International Breast Cancer Study Group (IBCSG).

Professor Di Leo was a true defender of academic research and international collaboration: “One of the first things I learned from Aron [Goldhirsch] was that it doesn’t matter where you work, you need to be part of an international network of high-quality researchers so that you can learn, grow and express yourself”. (Extract from an interview in 2020)

Something that he put in practice himself, as he also became a true and generous mentor and educator, supportive of younger oncologists.

“Angelo was a wonderful physician and person, and he will be missed by all of us, his family and patients. For myself, I will miss his wise counsel – as a long-standing member and friend of BIG – and I will miss the opportunity to get his advice on difficult matters where his wisdom was always appreciated.”

Angelo was going to become my successor as BIG Chair, when he was diagnosed with an incurable disease… This shows how deeply I trusted this wonderful colleague and friend who, together with his wife Laura, helped me to ‘create’ the Breast International Group and to run its first large adjuvant trial focused on the role of taxanes. I will miss him enormously.”

In 2019, Professor Di Leo received the prestigious ESMO Lifetime Achievement Award as recognition for his brilliant career and outstanding contributions to cancer research and treatment.

He authored numerous publications and was a member of the Early Breast Cancer Trialists’ Cooperative Group (EBCTCG) Steering Committee, Chair of the Biological Protocol Working Group (BPWG) at IBCSG. He also served on the American Society of Clinical Oncology (ASCO) Grants Selection Committee (2006–2009), the ASCO Education Committee (2012–2014), and the Scientific Advisory Council of the Susan G. Komen for the Cure® (2010-2016).

Professor Di Leo was not only a world-renowned oncologist and researcher, but he was a wonderful person, too. His colleagues and friends describe him as approachable, always quiet, smiling, and helpful. He was a charismatic and elegant man, dedicated to his work, a loving husband and father, and an art enthusiast.

He and his wife Laura shared a passion for contemporary art and started a collection in the late nineties. Recently, they had opened a gallery in the south of Florence, where the pieces reflect their vision of a borderless world, combined with their curiosity for travelling and discovering. https://www.theplacecollection.org/

Today the breast cancer community is suffering a terrible loss. Angelo, you will be greatly missed, and you will remain an example for many generations to come.

Our prayers and thoughts are with his family, friends, and colleagues. 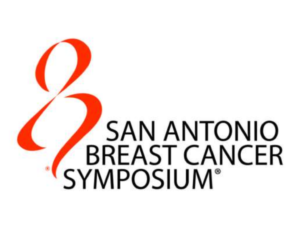 This week the San Antonio Breast Cancer Symposium will take place, from 10 to 14 December 2019. The symposium, which brings together thousands of breast cancer specialists 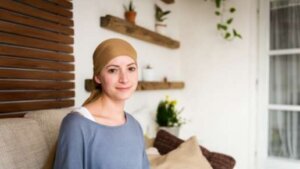