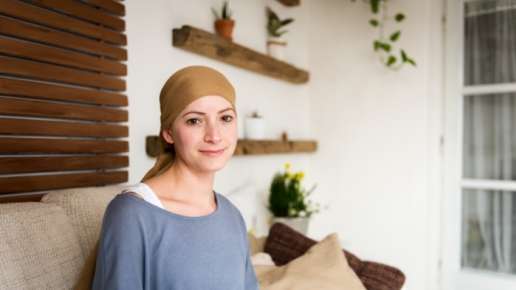 Developing guidance aimed at standardising assessment of the nuclear proliferation marker, Ki67, in predicting breast cancer progression and determining clinical management, has been one of the most outstanding success stories of the BIG-NABCG collaboration.

“The Ki67 programme was a truly remarkable and practicechanging development, and it undoubtedly required the kind of international collaboration provided by BIG and NABCG to help standardise the different testing methods which were being used,” says Dr Larry Norton, Founder and Scientific Director of BCRF.

In 2009, the International Ki67 Breast Cancer Working Group of the BIG-NABCG was formed to address the problem of inconsistent Ki67 assessment between laboratories, and it proposed guidelines for pre-analytic and analytic conditions for Ki67 assessment, as well as for interpretation, scoring, and related data handling [1]. However, a subsequent BIG-NABCG study, which included eight highly experienced laboratories using their own best practices for tissue microarray slides, showed substantial variation in Ki67 scores among laboratories, on both centrally and locally stained sections (intraclass correlation of 0.71 and 0.59, respectively) [2]. Tumour region selection, counting method and subjective assessment of staining positivity were identified as contributing to inter-laboratory discordance.

A second BIG-NABCG study was therefore set up to determine whether standardisation of Ki67 scoring methodology could improve score concordance among laboratories [3]. In this study, 16 laboratories from eight countries calibrated assessment to a specific Ki67 scoring method using a web-based tool. They then scored 50 prestained 1-mm cores on a tissue microarray glass slide, following scoring instructions similar to those used in the calibration exercise.

For tissue microarray scoring, the intraclass correlation estimate was 0.94 (95% confidence interval: 0.90–0.97), which was markedly and significantly greater than 0.7, the prespecified minimum target for success.

Taking this approach a step further, in the most recently published BIG-NABCG study, automated machine-based methods were used for Ki67 testing of sets of prestained core-cut biopsy sections of 30 breast tumours at 14 laboratories [4]. Seven unique scanners and 10 software platforms were used, and the prespecified intraclass correlation coefficient for success was over 0.8.

The study authors concluded that automated machine assessment of average Ki67 has the potential to achieve interlaboratory reproducibility similar to that seen with rigorously standardised assessment by pathologists, but that the maximum score methods may be suboptimal for consistent measurement of proliferation. They recommended further standardisation and subsequent clinical validation.

“The Ki67 recommendations for standardised analysis demonstrate both the advantages and pitfalls of testing and will hopefully improve the quality of testing of this biomarker. This is very important, especially in countries where multigene prognostic signatures, such as MammaPrint® and Oncotype DX®, are not reimbursed and oncologists use Ki67 testing to distinguish between luminal A and B breast cancer, and treat patients according to their findings,” concludes Professor Martine Piccart, BIG co-founder and chair. 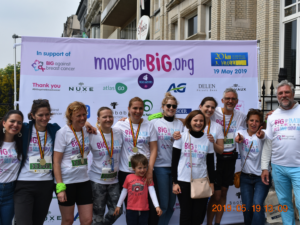 20 years of research, 20km of Brussels