In memory of Professor José Baselga 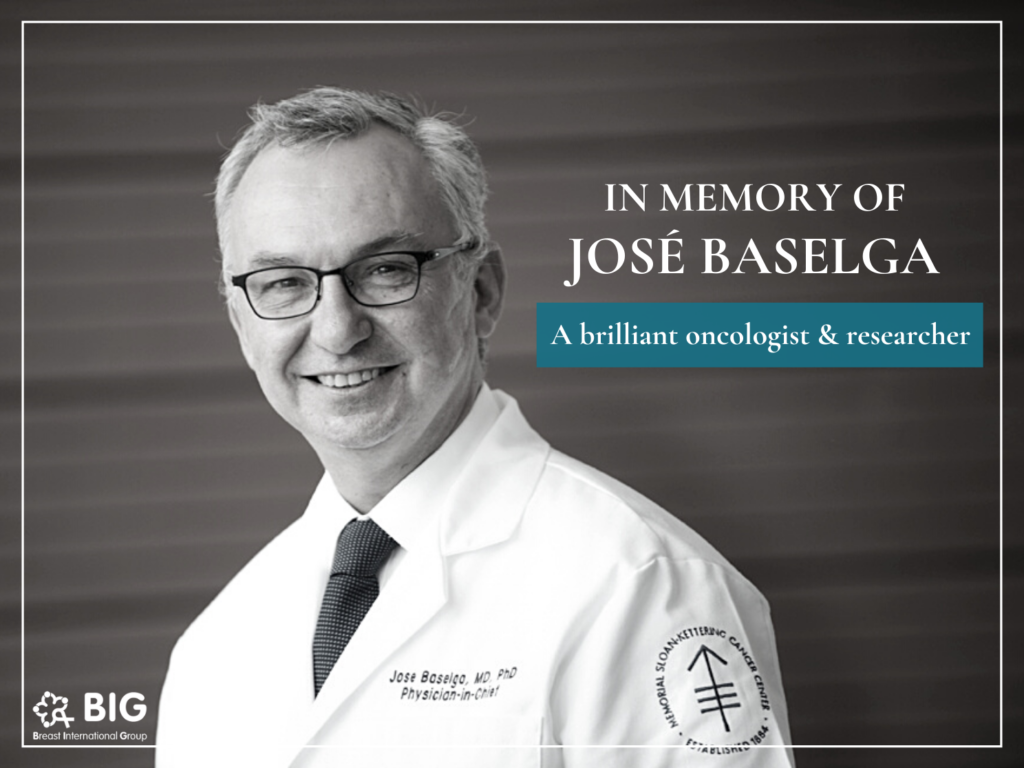 World renowned oncologist and researcher, Professor José Baselga died at the age of 61 on Sunday 21 March 2021.

Throughout his career, Professor Baselga made significant contributions to breast cancer treatment and paved the way towards personalised medicine. His main research interests were the development of molecular targeted agents and novel anti-HER2 drugs, the identification of strategies to overcome mechanisms of resistance, and new therapeutic approaches to target the PI3K pathway.

Professor Baselga started his career in Spain, where he was Founding Director of the Vall d’Hebron Institute of Oncology (VHIO) at the Vall d’Hebron University Hospital in Barcelona. In 2010, he became Chief of the Division of Haematology / Oncology, Associate Director of the Massachusetts General Hospital Cancer Centre, and Professor of Medicine at Harvard Medical School, before moving to the Memorial Sloan Kettering Cancer Center (MSKCC) in New York in 2013. There he served as Physician-in-Chief and was also Chief Medical Officer and Professor of Medicine at Weil Cornell College in New York City until 2018. Since 2019, Professor Baselga was Executive Vice-President, Research & Development Oncology at AstraZeneca.

He was recognised as a visionary in the field of oncology, playing a key role in drug development at the international level, leading a number of neo-adjuvant trials in breast cancer, and being at the forefront of developing biomarker-based early and translational clinical research. As member of the SOLTI Breast Cancer Research Group, Professor Baselga has been involved in many international trials run in collaboration with BIG. As BIG Executive Board Member from 2010 to 2018, he was also particularly influential in large studies such as NeoALTTO, ALTTO and APHINITY.

Dr Baselga was an extraordinary human being who led the field of precision oncology, treating many patients and mentoring many oncologists around the world, including me. His vision, passion, determination, and hard work allowed many patients suffering from breast cancer to benefit. His death is a big loss for patients and the whole cancer community. Our thoughts are with his family”.

Professor Baselga was past President of ESMO and AACR, and a past member of the Board of Directors of AACR and ASCO. He received numerous awards throughout his career, including the prestigious 2017 ESMO Lifetime Achievement Award as recognition for his outstanding contributions to oncology, and to patients suffering from cancer.

Today the breast cancer community has lost one of its leading researchers and most brilliant scientists. He will continue to inspire future generations of cancer scientists and oncologists. Our prayers and thoughts are with his family, friends, and colleagues.

In memory of her father, Clara Baselga-Garriga has launched a crowdfunding campaign to fund research for Creutzfeldt-Jakob disease. 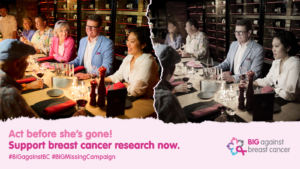 MISSING: the new campaign of BIG against breast cancer

“MISSING” is an awareness initiative of the Breast International Group (BIG) to remember those women (and men, in 1% of cases) who are no longer 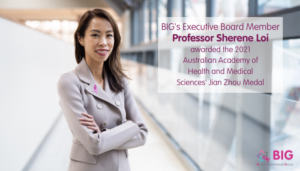